The Eden Project has signed a memorandum of understanding with the owners of its preferred site for Eden Project Dundee and released the first image of how it might look.

The agreement between Eden, National Grid and SGN will kick off a period in which the partners will explore the practicalities of converting the former Dundee Gasworks on East Dock Street into the Eden Project’s home in Scotland.

The site is set back from the Dundee waterfront on the bank of the River Tay. It has good public transport links, the potential for a new pedestrian connection to the city centre and is less than a mile away from V&A Dundee and the train station.

The existing tall brick walls on the site suggested to the Eden team the potential to create walled gardens, making for a striking contrast to the industrial heritage of the Gasworks. Eden envisages this as a powerful symbol of regeneration, echoing the project’s home in Cornwall which is located in a former clay quarry.

Building Eden Project Dundee in this location would also provide an eastern anchor for the Dundee Waterfront regeneration project.

Eden’s agreement with National Grid and SGN follows the completion of a six-month “pollination” process to establish feasibility for the creation of a new international-scale site.

The feasibility study was completed with the support of Eden’s partners, Dundee City Council, University of Dundee and The Northwood Charitable Trust, and was created under the unique challenge of the national lockdown and travel restrictions. The study defined the themes and approaches of Eden Project Dundee.

Eden Project Dundee will draw on the history of the city’s Nine Incorporated Trades and is themed around nine new “Guilds” – of Healers, Growers, Navigators, Myth-Makers, Noticers, Alchemists, Celebrators, Menders and “Re-Sourcerors”.

It is characterised not by specialisms, like the existing nine trades, but by providing alternative ways of perceiving the world.

Each Guild will have its Guild Hall on the main Eden Project Dundee site with opportunities for “embassies” elsewhere in the city.

These Guild Halls will form the central experience spaces for Eden Project Dundee visitors and will include areas such as the Lookout, which celebrates connections between people and the natural world, the Lush Bunker, a high-tech zone showcasing new ways to grow plants and featuring hyper-real journeys into the air, soil and water, and the Seam, a collection of emotional, story-driven experiences related to mining and its alternatives.

Eden predicts that the project will create 200 jobs (with an additional 300 indirectly created) and contribute £27m per year to the regional economy.

David Harland, Eden Project International Chief Executive, said: “This is a really exciting moment for the Eden Project and the City of Dundee. The former Dundee Gasworks site is by far the best location for our Scottish home and we’re delighted to have a formal agreement in place to start working on a detailed plan.

“The feasibility study was like nothing we’ve ever worked on before, coming as it did during lockdown. Against all the odds, the hard work and dedication of our partners in Dundee shone through - even when we could only talk to them through a computer screen, their passion for the project, their city and country was palpable.  Alongside the generous engagement of local businesses and community groups, this has come together, such that we now have a project with genuine air under its wings.”

Prem Gabbi, Director of UK Land and Property for National Grid, said: “We are delighted the Eden Project is considering the former Dundee Gasworks for its latest project in Scotland. We are keen to preserve the industrial heritage of our former gasworks, so it’s exciting to see the potential of it being brought back into beneficial use for the public in a sustainable way. We hope it will become a much-loved destination.”

SGN’s Commercial Director Simon Reilly said: “We’re delighted Eden Project Dundee has found a permanent home in Dundee with our site now being its preferred location. We’re looking forward to working closely with the team there as well as colleagues from National Grid to help turn this concept into a reality.

“As well showcasing how we can all work together for a better future, this exciting project is also a great way to repurpose the former gas holder site in Dundee, not just for the benefit of the local community but for people right across Scotland and beyond. SGN will deliver the energy solution for the site including an onsite heat network. This will have the capability to provide energy, not only for the new Eden Project itself, but for neighbouring buildings.”

Simon added: “At SGN we’re fully committed to supporting the UK and Scottish governments’ net-zero ambitions. As part of this, we created a property development company called SGN Place. This has the ambition to repurpose many former and obsolete gas holder sites across Scotland and southern England, into much-needed housing stock and renewable energy developments.” 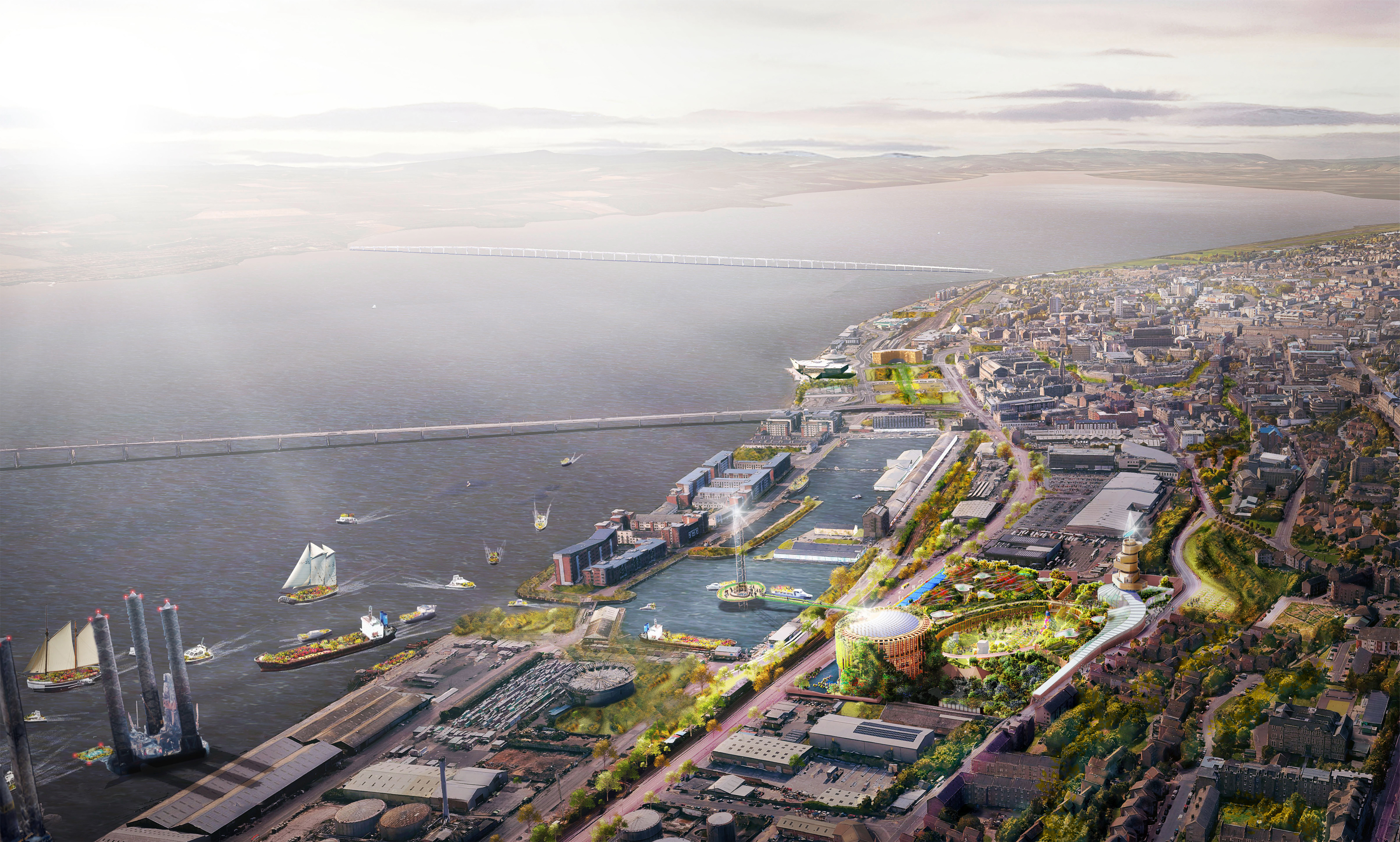 Plans for the Eden Project in Dundee

Councillor John Alexander, leader of Dundee City Council, said: “Completing the feasibility study and identifying the preferred site are another two important milestones on our journey to bringing Eden to Dundee.

“It truly is an incredible project, which will wow city residents and visitors alike. What Eden has envisaged is the transformation of an industrial site into a world-class attraction with a focus on the environment and sustainability.

“Eden Project Dundee is another opportunity to put Dundee on the map and show how well our city works with internationally-renowned partners.

“This project will deliver on so much of what we all want for the city – from creating hundreds of jobs and bringing millions annually into the local economy to delivering opportunities for education and connecting our diverse communities.

“It will be another jewel in the crown of our stunning, transformed Waterfront area. And the concept of the entire city being part of the project is unique and incredibly exciting.”

Professor Iain Gillespie, Principal & Vice-Chancellor of the University of Dundee, said: “This is very exciting news for the city. The University helped start the conversations between the city and the Eden Project, in a similar way to how we sparked the discussions to bring the V&A to Dundee, so I am delighted to see the project building on those connections and moving forward.

“We have recently established a Climate Leadership Group for the city, which I am chairing. The Eden Project will help us stimulate action and showcase excellence in regard to our own environmental and climate ambitions, for the city and for the University.”

Eden Project Dundee is one of a sisterhood of UK projects Eden Project International is developing, with plans well advanced for Morecambe (Eden Project North), and others proposed in Derry~Londonderry and Portland. Eden’s global portfolio of projects includes developments in China, Australia, New Zealand and Costa Rica.

Like every Eden Project around the world, Eden Project Dundee will be transformational and regenerative with an overarching theme of humanity’s connection to the natural world.

The original Eden Project, located near St Austell in Cornwall, opened in March 2001 and boasts the world-famous geodesic Biomes, one of which houses the world’s biggest undercover rainforest. Eden has welcomed more than 22 million visitors since opening and has generated more than £2bn for the regional economy.